US President Joe Biden met with EU leaders at a summit aimed at strengthening EU-US cooperation on transnational issues and calming trade relations after four years of Donald Trump’s administration.

President Biden made a two-hour stopover at European Council headquarters in Brussels during a scheduled meeting between a NATO summit and a much-anticipated tÃªte-Ã -tÃªte with Russian President Vladimir Putin in Geneva on Wednesday.

China was on the agenda for Tuesday’s meeting in Brussels, where leaders sought to address areas influenced by China’s growing global influence. These include COVID-19, supply chain resilience, digital regulation and climate change. 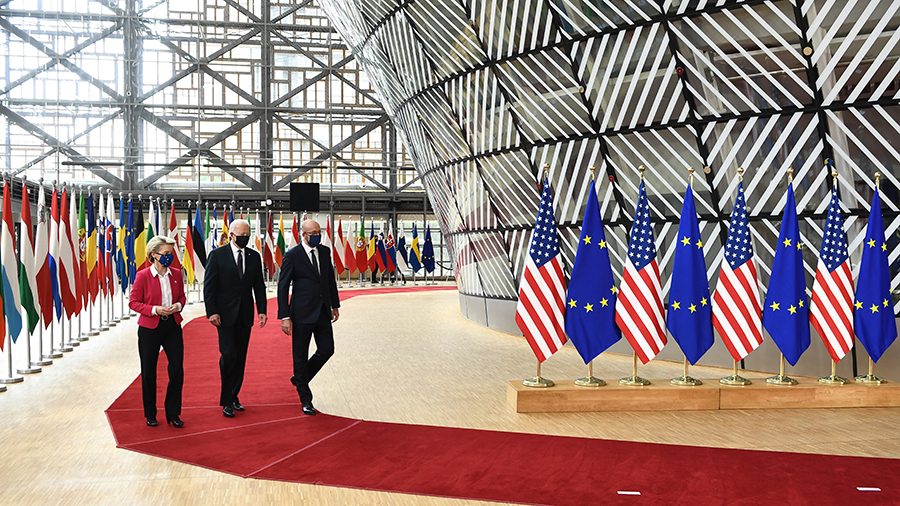 A new EU-US Trade and Technology Council has been announced, which aims to boost transatlantic cooperation in these areas.

A key breakthrough ahead of the meeting came when a 17-year trade dispute over airline subsidies was resolved.

Negotiating teams were working on a permanent deal, but in frantic negotiations overnight Monday night, they agreed to a five-year peace plan that will see the suspension of retaliatory tariffs and common principles on subsidies. to aviation.

European Commission President Ursula von der Leyen said the agreement “opens a new chapter in our relations, as we move from litigation to cooperation after nearly 20 years of disputes”. 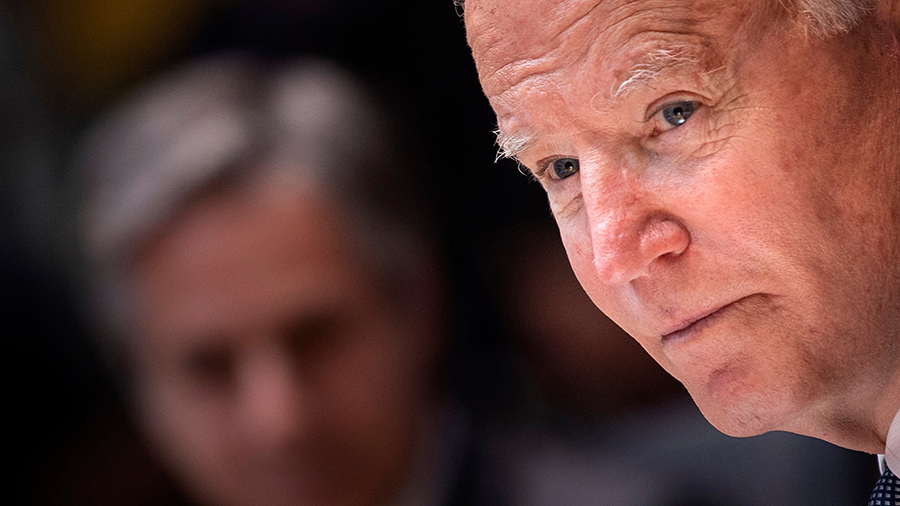 The EU and the US have announced the end of the Trump-era trade war. / Brendan Smialowski / AFP

The EU and the US have announced the end of the Trump-era trade war. / Brendan Smialowski / AFP

The United States said resolving trade tensions would allow the two sides to focus on concerns about China, namely its metal production levels and the development of large jets.

U.S. Trade Representative Katherine Tai, who headed the trade delegation, told reporters after the deal that both sides fell behind in industrial development due to the conflict.

â€œFor almost 20 years, we have had each other’s throats on the terms of the competition. While we were engaged in this fight, others took the opportunity to start their own industries. We have been too busy fighting each other. the other to be careful, â€she said.

The spokesperson for China’s Foreign Ministry at the US-EU summit responded with a statement. “How the US and EU develop their bilateral relationship is their own business, but they shouldn’t make China a problem every turn, exaggerate the so-called ‘Chinese threat’ out of thin air and make China a target when it’s not even in the room, â€Zhao Lijian said.

“Even less should they form a small clique against China. This narrow-minded mentality is unworthy of the US and the EU.”

The EU also gave Washington a December deadline to remove its Trump-era tariffs, with the bloc lifting tariffs on US steel and aluminum for six months.

However, the United States might find it more difficult to remove tariffs on metals, which apply to other countries as well as China, as they are still supported by many American metal producers and workers.