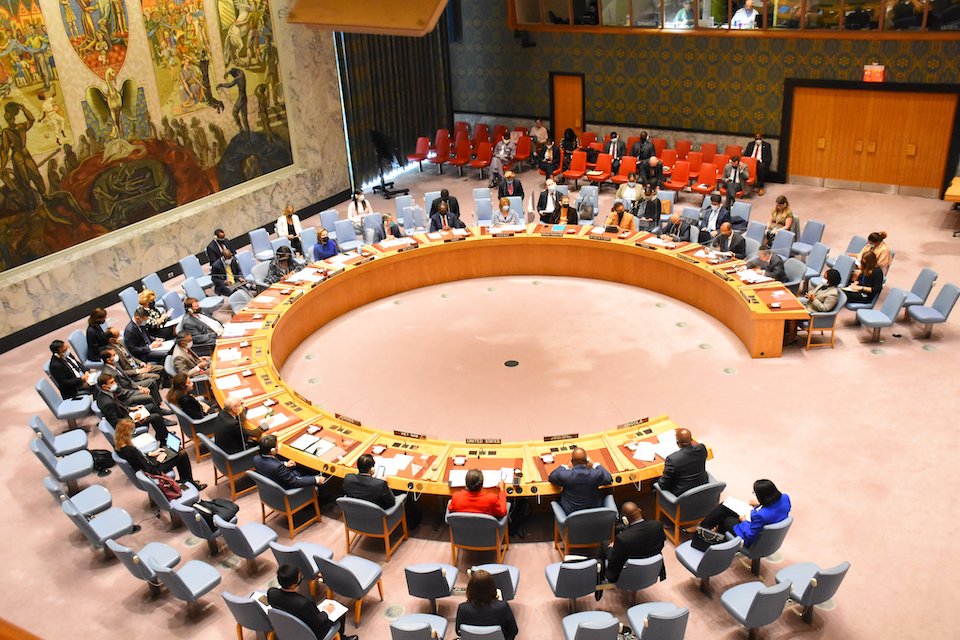 Madam President, Excellencies, I would like to thank Kenya for using its presidency to shine the spotlight on the Great Lakes region and for encouraging the renewed commitments of the Security Council to seek lasting solutions to the drivers of conflict in the region. region. Allow me also to thank Special Envoy Xia, Ambassador Caholo and SSG Pobee for their briefings.

I will focus my intervention on three themes: regional relations; eastern DRC; and natural resources.

First, the UK remains deeply committed to promoting long-term peace and stability in the Great Lakes.

All parties should prioritize promoting dialogue and building confidence in order to reduce the threat from armed groups in the Great Lakes.

We warmly welcome the improvement in bilateral relations between the states of the region and encourage the pursuit of regular bilateral communication, including at the level of heads of state, and with the United Nations, particularly around insecurity. in eastern DRC.

The UK thanks Special Envoy Xia for his work and stands ready to help him support dialogue processes and confidence building. In this regard, we urge regional leaders to attend relevant meetings in person to the extent possible in order to allow frank exchange on the common challenges facing the Great Lakes region.

Madam Chairperson, The United Kingdom remains deeply concerned about the security and humanitarian situation in eastern DRC, which continues to deteriorate despite the state of siege in North Kivu and Ituri. I reiterate our call on the government of the DRC to ensure that the state of siege remains transparent, limited in time and implemented with respect for human rights and humanitarian law.

The UK recognizes the launch of the Contact and Coordination Group on Non-Military Measures as an important step towards enhanced security cooperation in the region. We support the Secretary General’s recommendation to quickly set up the group’s operational unit to ensure the effective implementation of his Action Plan.

Third, natural resources. The concept note for today’s meeting, as well as many interventions, identified the illicit exploitation and trade of natural resources as a driver of conflict and instability. We thank Kenya for successfully leading a presidential statement on this issue.

We also commend the International Conference of the Great Lakes Region, the Office of the Special Envoy and the Government of the Sudan for convening the high-level workshop in Khartoum, where participants agreed on a cohesive approach to addressing the issue. the illicit exploitation and trade in natural resources.

The UK encourages regional governments to play their role in stepping up national efforts to fight corruption and improve the rule of law and national taxation.

We are deeply concerned that the United Nations Group of Experts for the DRC has been suspended since August. This has prevented the Panel from providing its concrete and actionable reports on the illicit smuggling of natural resources in the region, which is of enormous value to regional and international actors dedicated to combating this problem.

In conclusion, Madam Chairperson, in addition to continuing to focus on the exploitation of natural resources, let me stress the importance of discussing and also addressing other priority areas, including, but not limited to y limit, human rights, good governance, freedom of expression and civil liberties to reduce conflicts and promote peace in the Great Lakes.