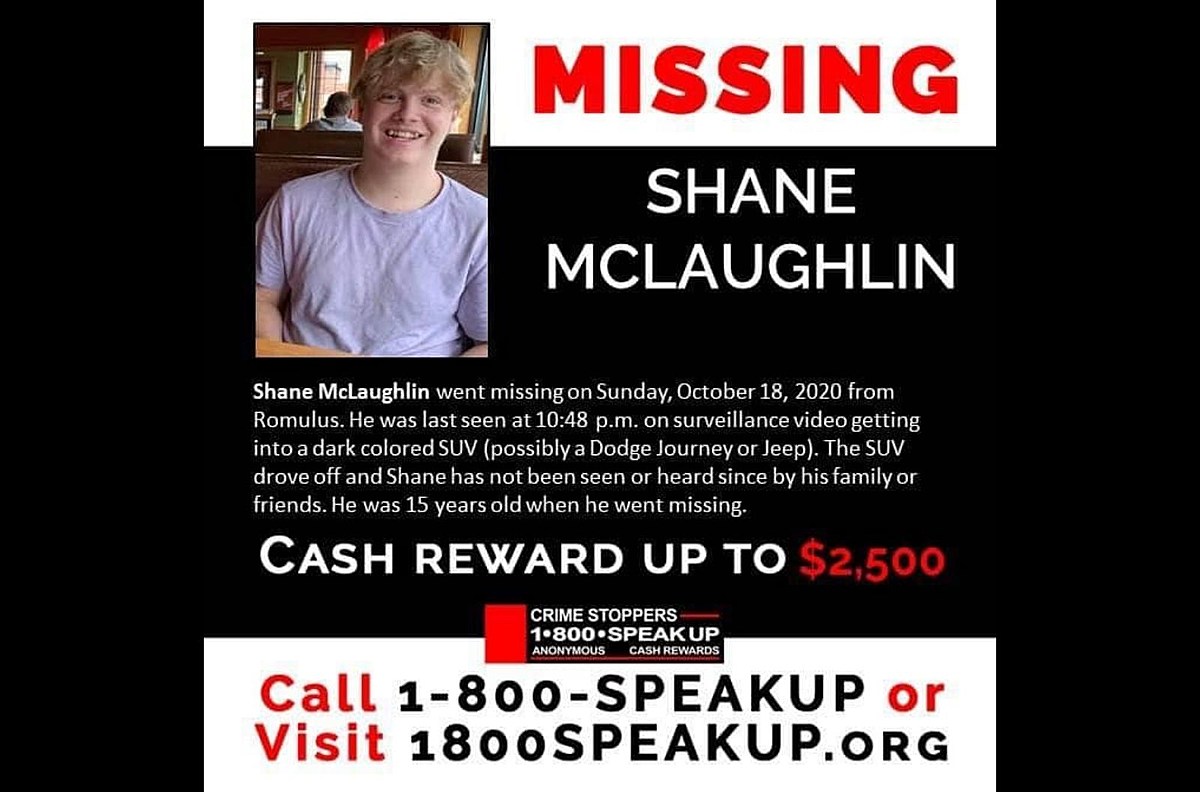 Crime Stoppers and the family of 16-year-old Shane McLaughlin are celebrating the first anniversary since anyone saw or heard of the missing teenager.

In addition to offering a $ 2,500 reward for information leading to the safe return of a missing 16-year-old, Michigan Crime Stoppers hosted a press conference showing video footage of the night Shane has disappeared.

After so much time without a word from the missing teenager, his family just wants to know he’s alive. Of course, they would prefer him to come home, but just knowing he’s alive and well could end the nightmare the past 12 months have been on Shane’s family.

By the time Shane went missing, he was described as a 15 year old white male, 5 feet 6 inches tall, weighing around 180 pounds, with blonde hair and brown eyes. His family say he may have longer or shorter hair now compared to the photos included. Shane has a heartbeat tattoo on the inside of his left arm and has both ears pierced.

Anyone with information on Shane’s whereabouts or his disappearance is urged to contact Crime Stoppers at 1-800-SPEAK-UP or go online at www.1800speakup.org. By contacting Crime Stoppers, you can remain anonymous and may be eligible for the $ 2,500 reward.